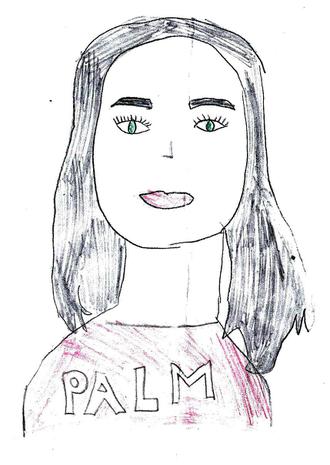 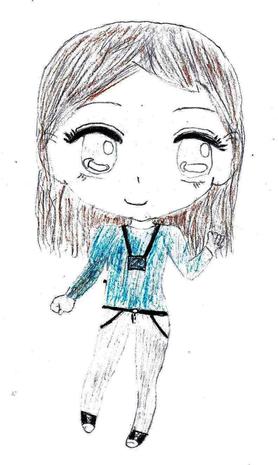 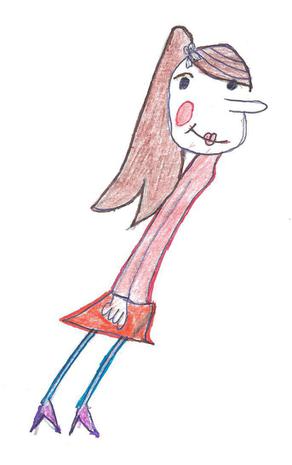 This half term, year 5 will be studying mountains. We are using mountains as a stimulus to build our writing in English. This includes writing an evaluative report and building up to story writing.

In science we are studying ‘Earth and Beyond’. We will be learning about the solar system and also be taking a trip to the science museum during the last week.

In art, we are going to be creating mountain collages using our RE topic (Buddhism) as a stimulus.

Here are our winners for the space project!

What is a day presentation:

This week we have been researching about what makes a day. We then presented this information as a documentary. This was good fun and we are now working on improving our skills on how to present. 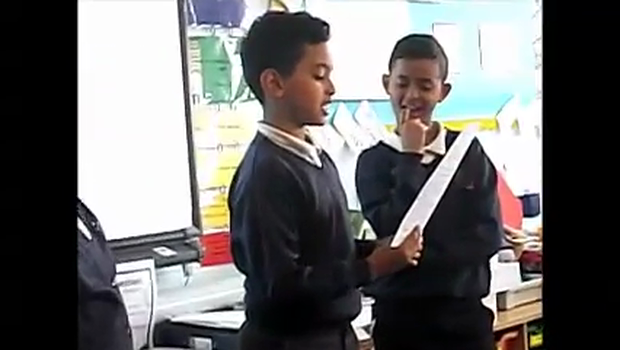 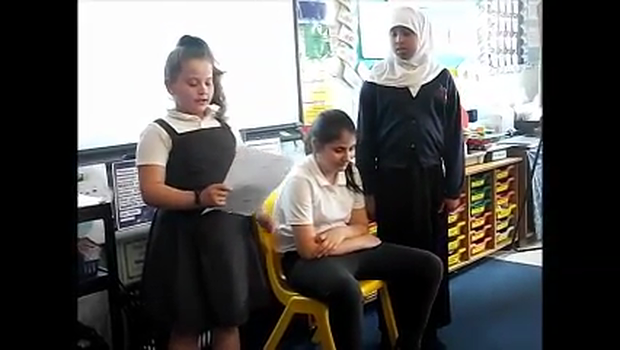 Year 5 really enjoyed a session of drumming from Brazil. They learnt about the different instruments and were able to play them all. 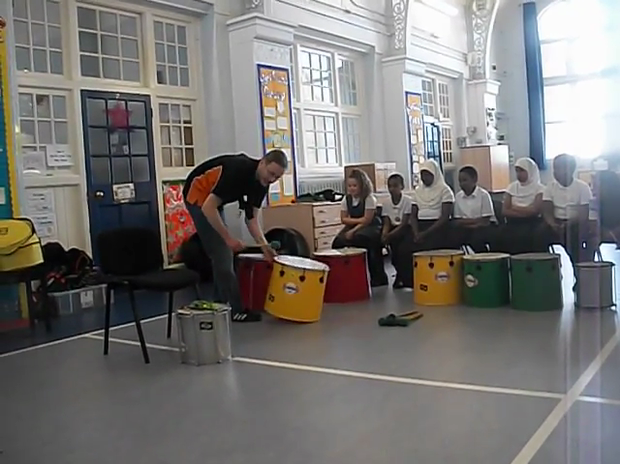 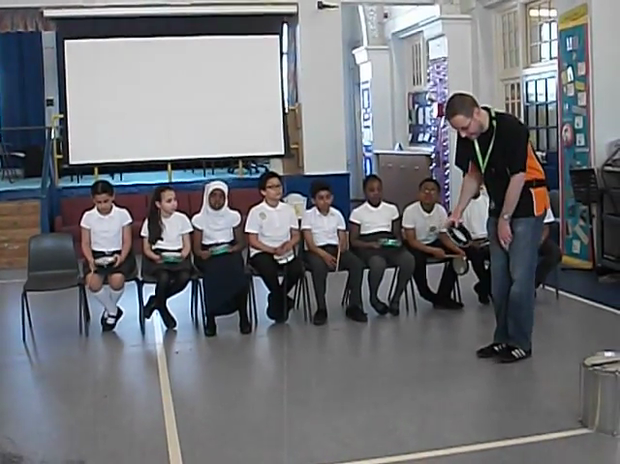 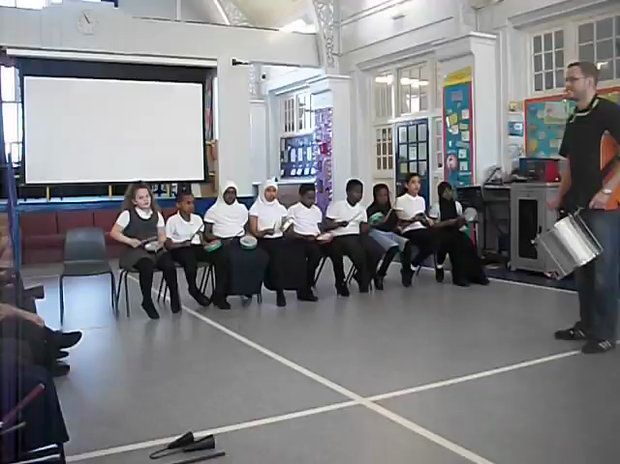 In science we have been using the topic of force to understand how pulleys make it easier to move objects. We have learnt that the greater the number of pulleys the easier it is to lift the objects. This was a challenging task but we finally managed to work out what we needed to do as a group.

Class 5 have been using multilinks to convert improper fraction to mixed number fractions. This helped to visualise what needs to done and now we have learnt to look at the shortcuts of working this out.

We really enjoyed the talk from Nikki Jackson from Finchley Synangogue. She told us about the significance of the Passover meal and what it means to the Jewish people. We saw the different food Jews eat and how they all come together as a family to understand the struggle for freedom. This was eye opening for many of us.

This week we have been learning to identify different angles. We have learnt how to use a protractor and eventually draw angles.

We have practising how to write play scripts using our acting skills to add stage directions. This has helped us to include emotions and how we will move around on stage.

We used the technique of stippling to create a self portrait in the style of Roy Leichenstein. We only used 3 colours and a black marker to draw the outlines. Can you guess who we are?

Year 5 Trip to the Globe Theatre

Neptune and Saturn performed their Soliloquys to each other. They thought about how they would say each line and what facial expressions to use. How can we improve these? 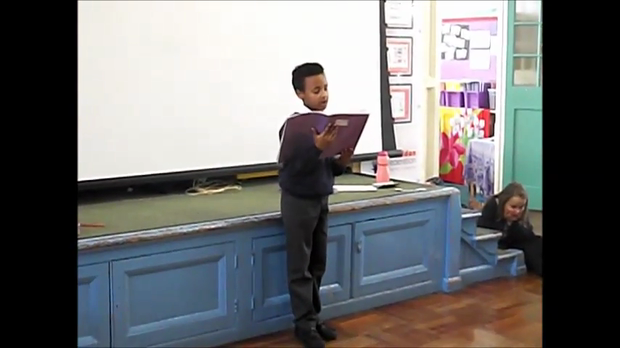 We used the story of the Pied Piper of Hamelin to make my moving toys. We worked as groups and created the toys.

Year 5 have been conducting a litter survey around the Eldon community to compare an urban and rural area. We came to the conclusion that Edmonton has a lot of litter. Hamelin on the other hand in Germany has very few litter.

In Science this week, Year 5 have been dissolving different solids. This week our main scientific knowledge was based on prediction. The children made sensible predictions on which solids are likely to dissolve or not and had to justify using scientific language. Next, they tested their predictions and had to explain why it happened.

This week read the original narrative poem 'Pied Piper of Hamelin' By Robert Browning. We learnt lots of tricky words and acted out some particular scenes. By the end of the week, we read another version of the story by Michael Morpurgo. We are now using this story to write own version of the story. We acted our scenes and created a freeze frame. 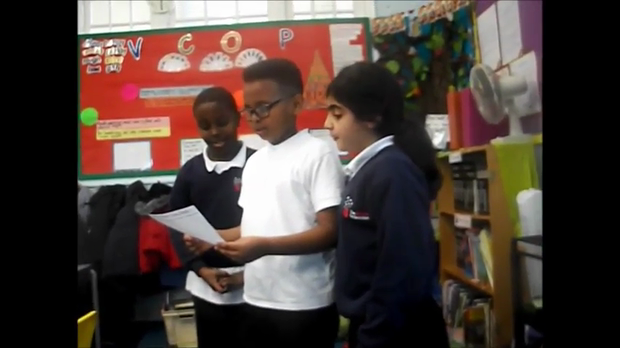 It was World Mental Health day on Tuesday 10th October 2017. Selected Year 5 children were invited to visit Millfield Theatre to take part in various wellbeing activities. We played bingo, Learnt about the sugar intake in our drinks, drama about building confidence and lots of singing and games. We really enjoyed our morning and learnt a lot about how to look after ourselves and also how to help others.

This week in history we have been looking at the different rituals the Mayans took part in. Some of these horrified us and some were very similar to what we do now. They practised rituals such as: Bloodletting, Human sacrifice and many other forms of worshipping their gods.

Year 5 had the opportunity to visit Nightingale Academy to work on team building acitivities and learn how to cope with the upcoming SATS next year. This was fun and the children and adults learnt a lot. We were also lucky to be able to see some of our past pupils as well.

Part of our RE topic in Islam was to learn about the mosque and how it helps bringing the community together. Everyone learn about the different parts of the mosque and heard the Imam calling out for prayer. This was very soothing to many children. We had a lot of fun dressing up and looking at the quran. We learnt how the mosque helps homeless people by feeding them every week. This tackled a lot of misconceptions many people have.

In English, we have been using Talk for Writing to help us remember the features of persuasive writing. We used this model which allowed us to draw symbols to help remember what we were trying to say. This was a fun way to express ourselves. Next week we will be writing our letters to Ms Flynn to persuade her to make Eldon Primary school a Fair Trade school. Watch this place. 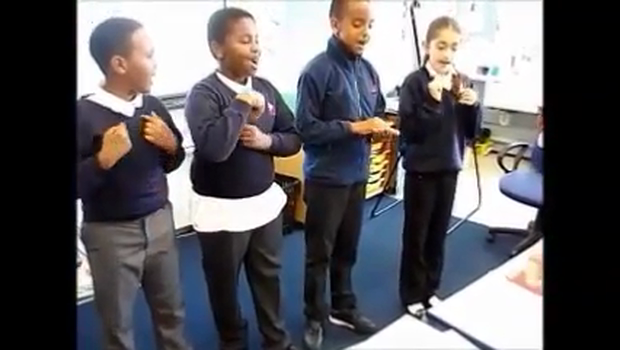 As part of Roald Dahl day, Year 5 used Charlie and the Chocolate Factory to dress up. We came in as the different characters from the book. There was a competition for the best dressed and everyone was able to show off their creative skills. This was a fun day and we got to eat sweet treats.

Look at the photos. Who can you spot from the story? Which costume is your favourite and why?