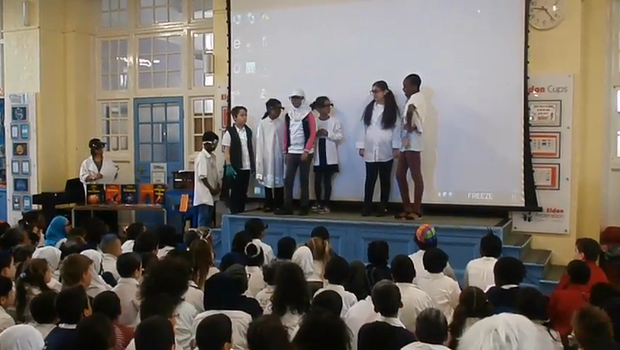 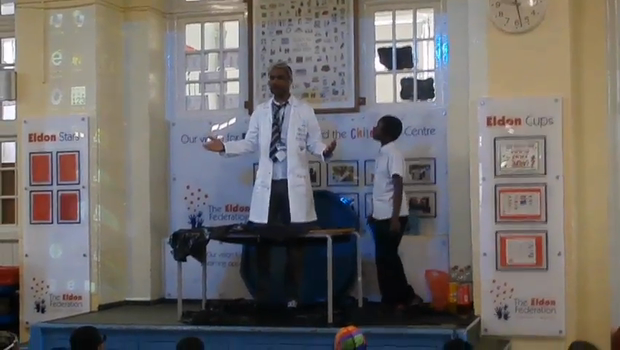 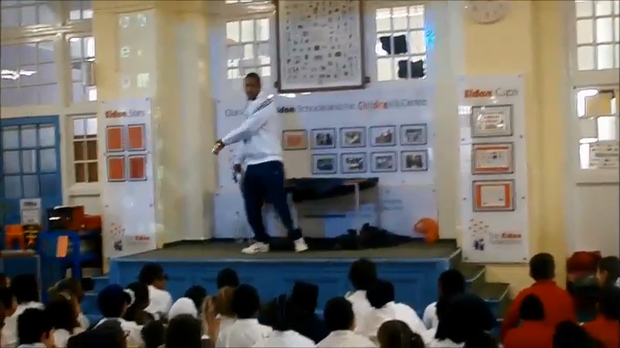 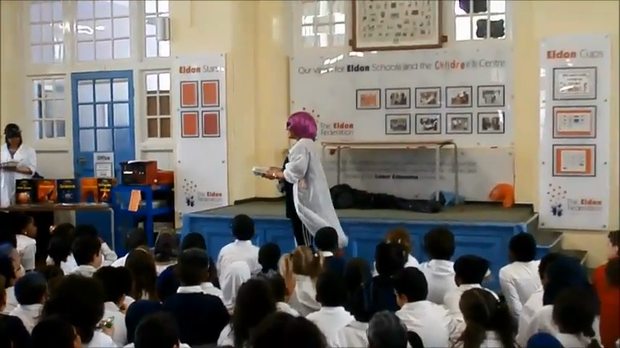 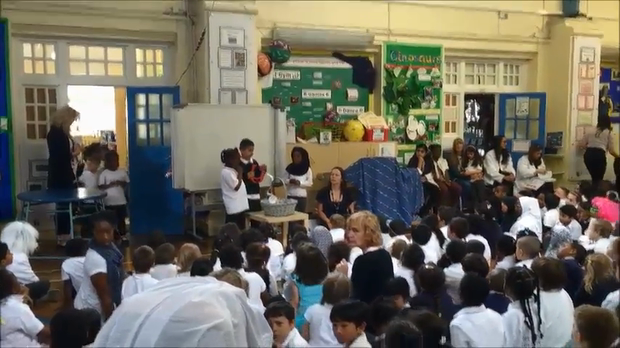 We have really enjoyed science week! We have explored making snow from nappies and are amazed at what happens when we mix food colouring with milk and washing up liquid. We even made a volcano that erupted! We have been able to make observations and explain why some things occur as well as talk about changes.

On Wednesday we were lucky enough to go to Whipsnade Zoo - we saw all sorts of animals from across the world.

We did lots of experiments: 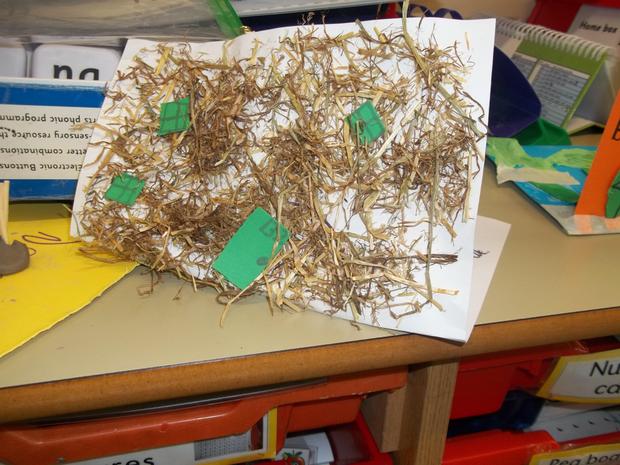 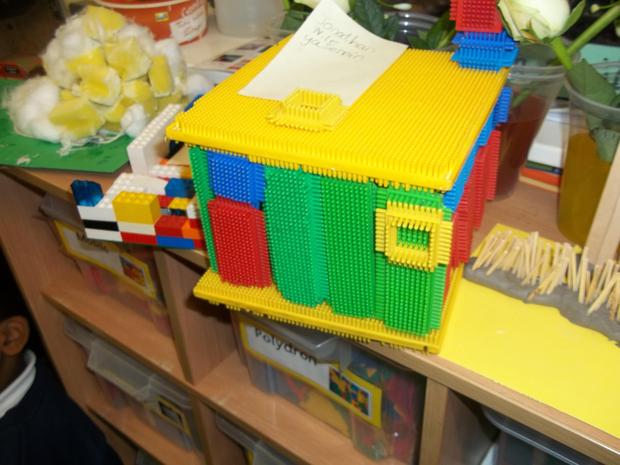 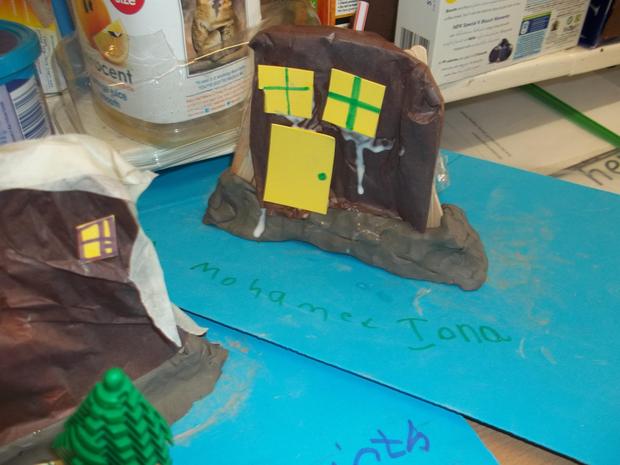 Wind from a fan: 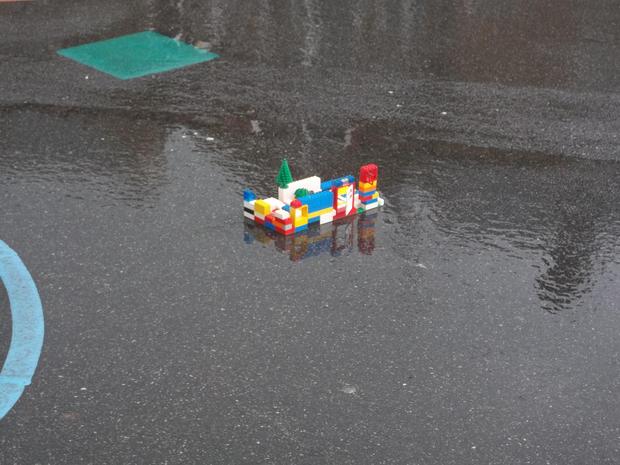 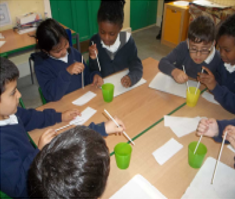 To join in the school competition we all planted our sunflowers. 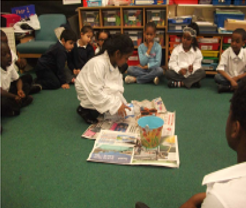 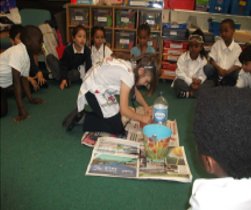 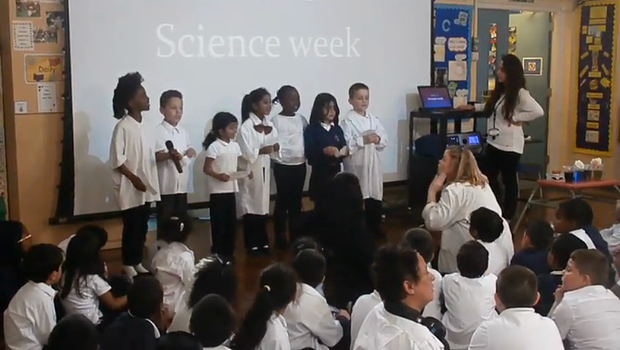 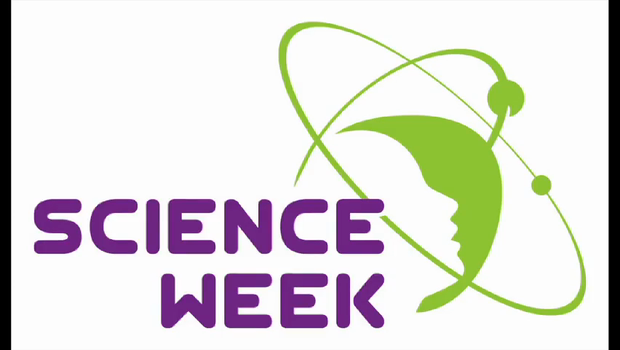 Year 3 children explored the uses of water this week and the water cycle. We observed some science experiments using water and even attempted to make our own boats and have a race!

On Thursday, we planted our own sunflower seeds in the school shed. It was lots of fun as we used garden tools to make sure we planted correctly. We are going to water the sunflowers over the holidays and hope to see them blossom soon!

We also painted some colourful sunflowers to brighten up the Nurture Room for the coming Summer 2 term.

Science Week was so much fun! We particularly enjoyed the science experiment and Michael was up on stage to help the scientist, Patrick.

In Mr P’s lab we looked at how we could blow up balloons without actually blowing them up. We placed sugar, yeast and water into a small bottle and mixed it up. Then, we carefully put a balloon over the top of the bottle and watched as the chemicals reacted and produced a gas. The gas that was created was called Carbon Dioxide which then started blowing up the balloon. And the best thing of all is that the experiment went off without a pop! 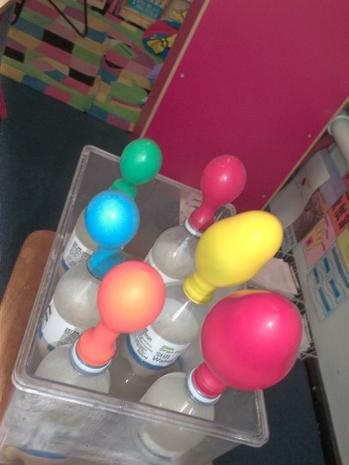 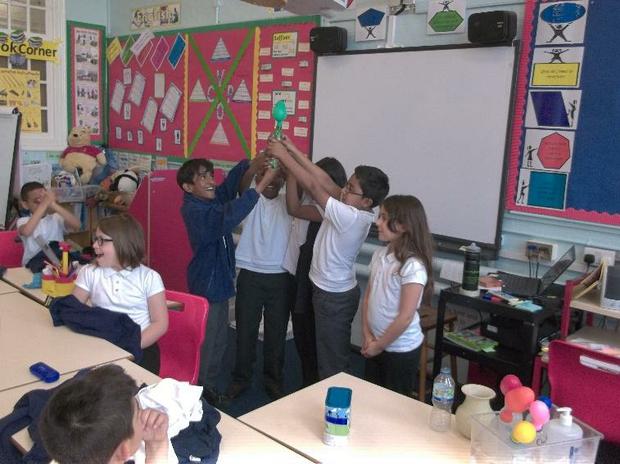 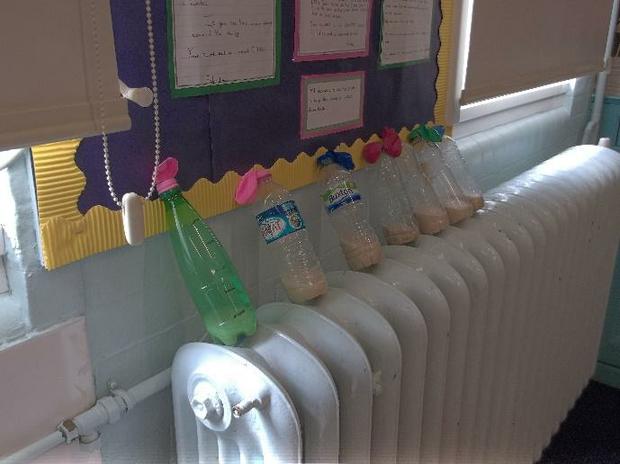 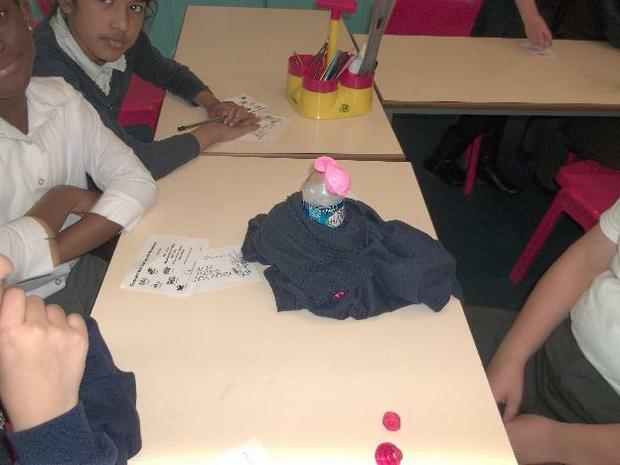 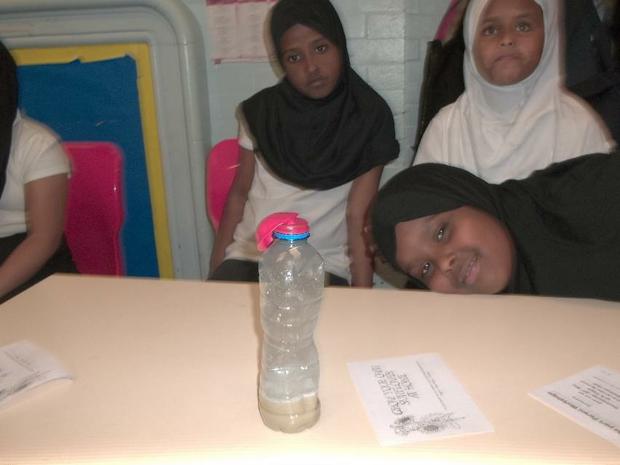 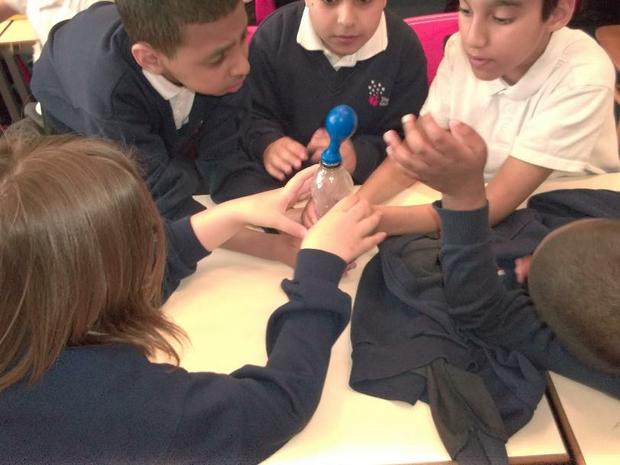 In Miss Jabuni’s Lab we were using washing up liquid to power a boat! Each table had a tank full of water, we followed the instructions and made our cardboard boats! The washing up liquid had a weakening effect on the water molecules causing the boat to move! 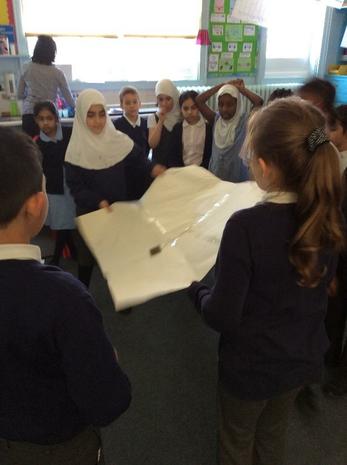 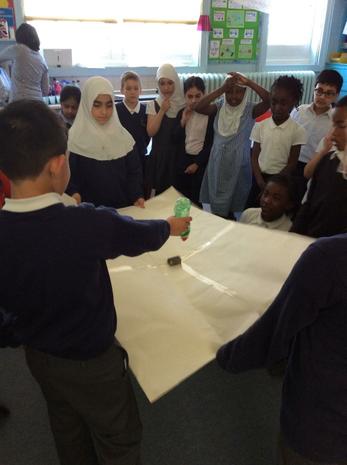 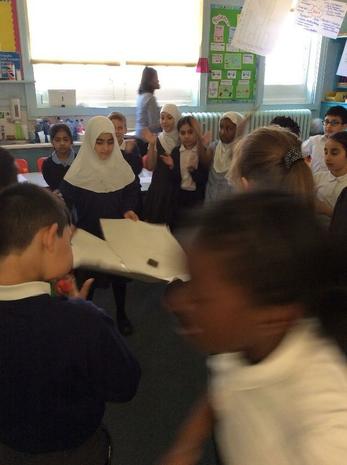 In Miss Bermingham’s laboratory our experiment was to make a hovercraft.

We predicted that the more air in the balloon, the higher it would fly.

We found that the balloon glided across the surface of the table. the less air, the faster the balloon moved.

The air is blown out of the balloon under the CD.  If the CD is close to the table, the air pressure under the CD is higher than above it.  This applies an upward pressure on the CD making it float on air, hugely reducing the friction between the cd and the table. 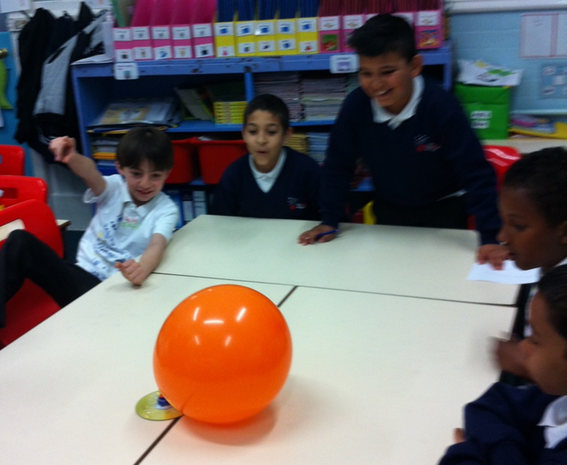 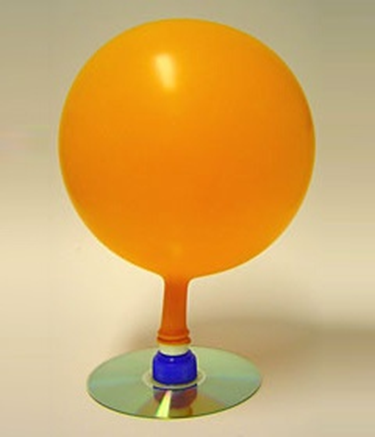 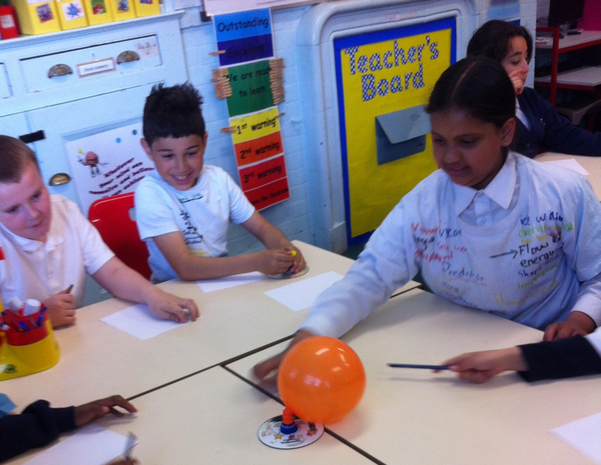 In Miss Habibullah’s lab we looked at how we could make a rocket using 3 things easily found at home. We used; vinegar, baking powder and a plastic bottle. We carefully poured the vinegar in the bottle, then added the baking powder and used a cork to keep everything in. We  watched as the 2 substances reacted and produced a gas. The gas that was created was Carbon Dioxide which created a push on the ground and bottle which is why our rocket flew! And the best part of it all was that the experiment went off with a bang! 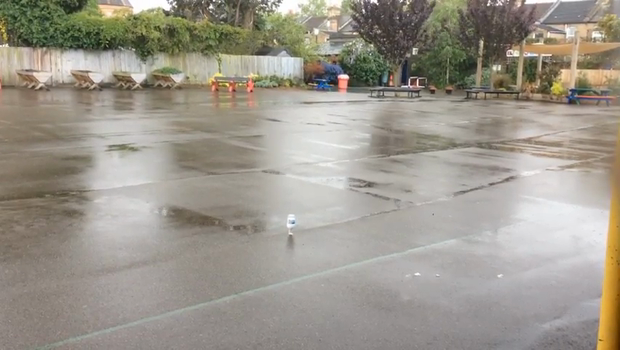 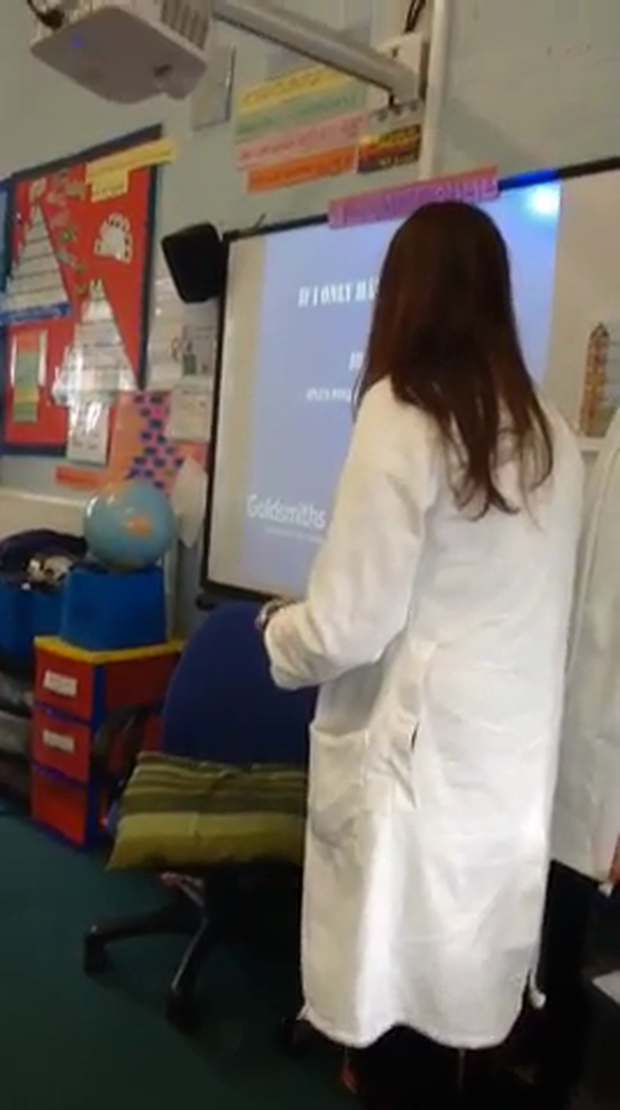 Our first experiment was silly putty! This was accidently discovered when Leo Baekeland was trying to find a cheaper solution to Shellac coating on electrical wires.

Some of us got the mixture just right and made a perfect slimy substance; some of us added too much Borax (laundry gel) and didn't get the texture we wanted. Can you guess which is which in the pictures below?

We were also introduced to Civil Engineering and the concept of geodesic domes. See our presentation to find out more! 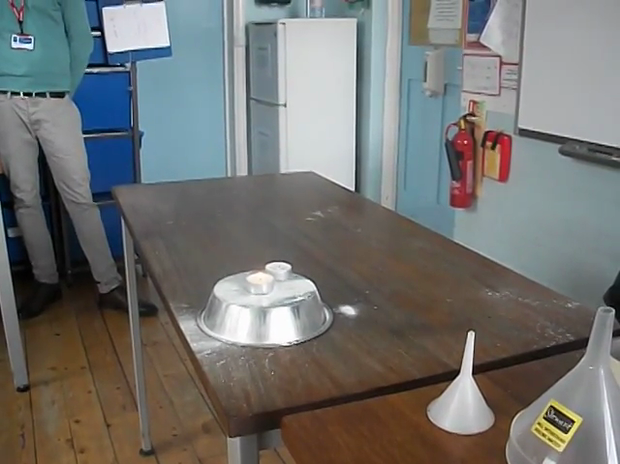 A combustible dust is any fine material that has the ability to catch fire and explode when mixed with air.