On Friday 13th November Year 4 had the opportunity to dress up as a Roman. Everyone made a fantastic effort and had a fun day filled with learning. 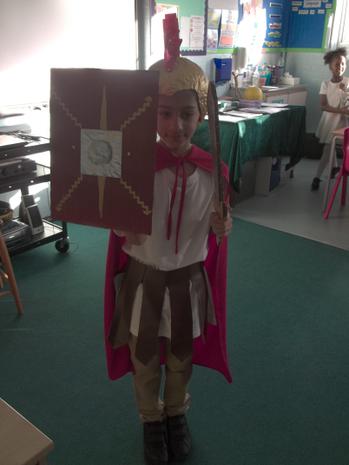 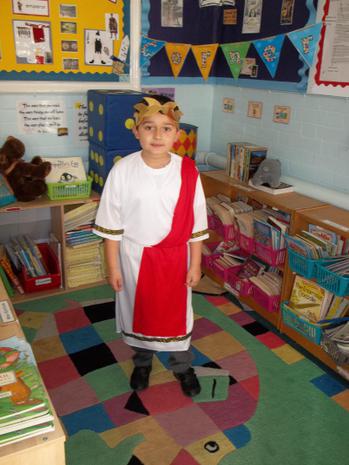 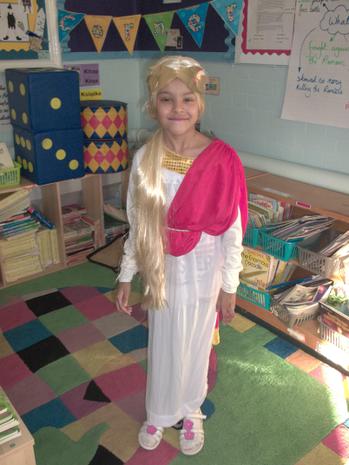 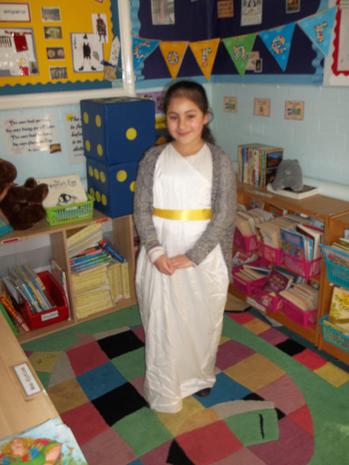 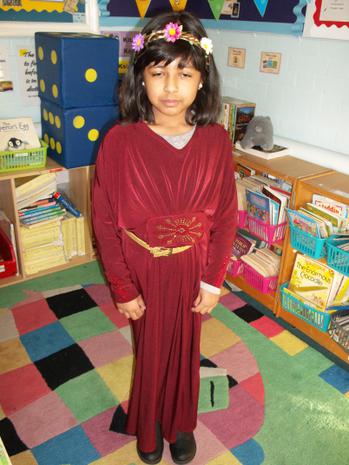 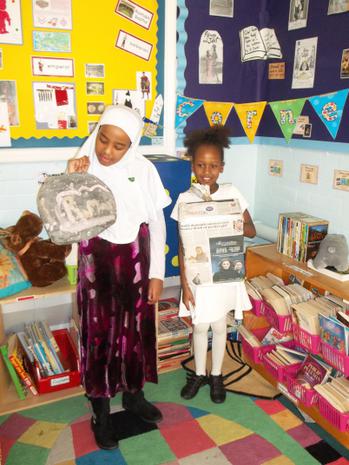 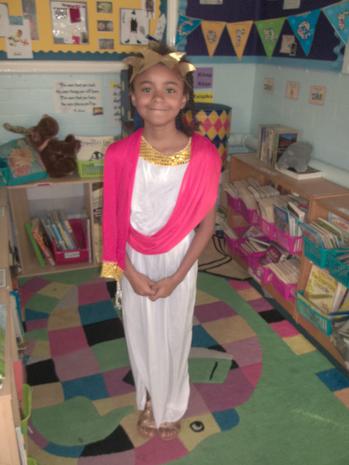 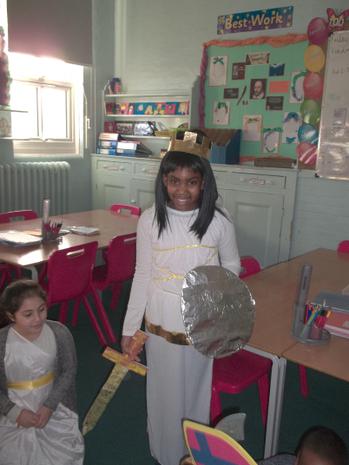 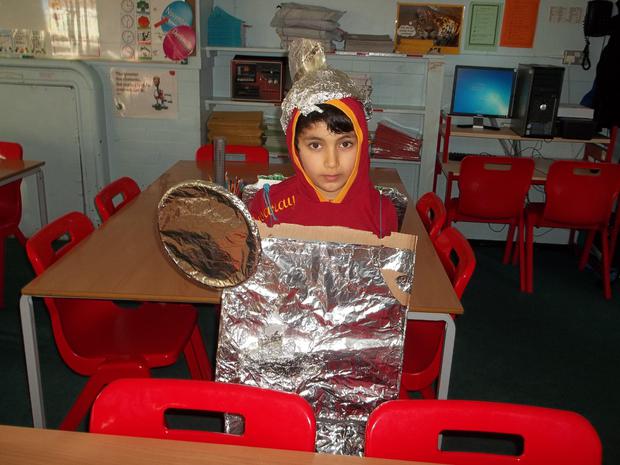 To make the day more exciting, even the teachers dressed up as Romans! 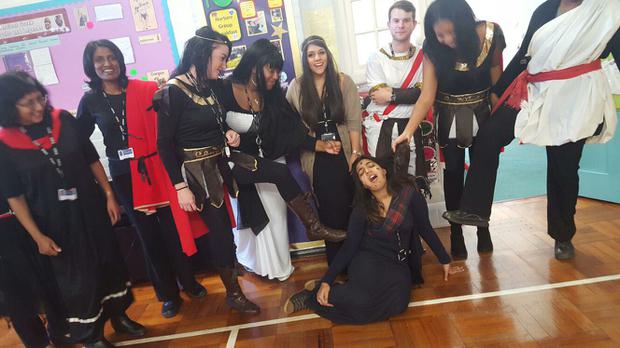 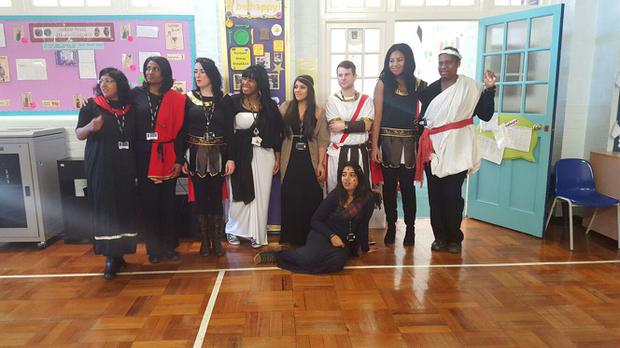 Thank you to everyone who contributed towards the amazing show from the Museum of London. The children learnt many interesting facts about the Romans, 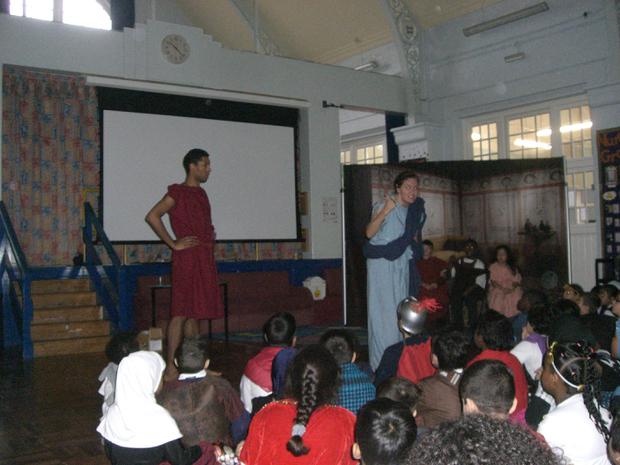 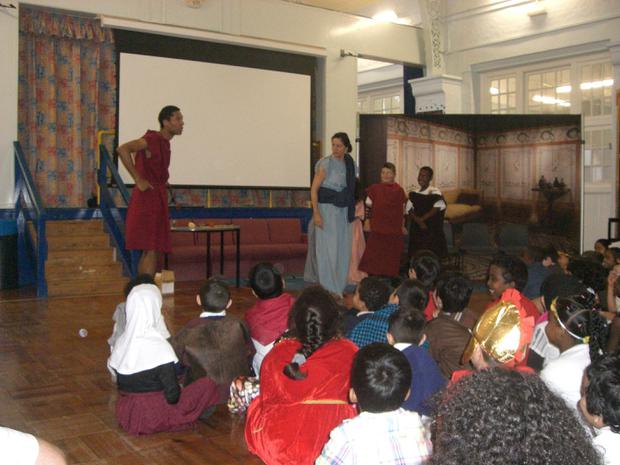 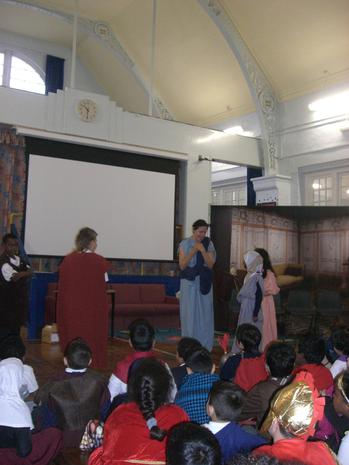 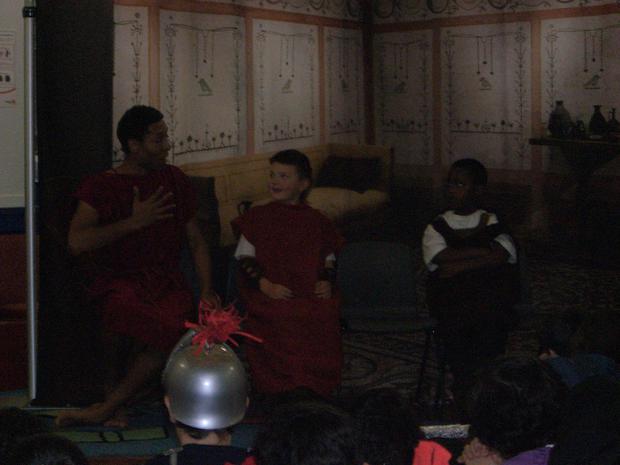 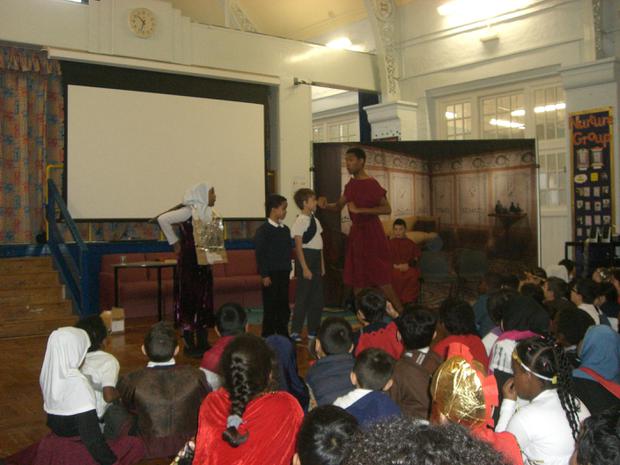 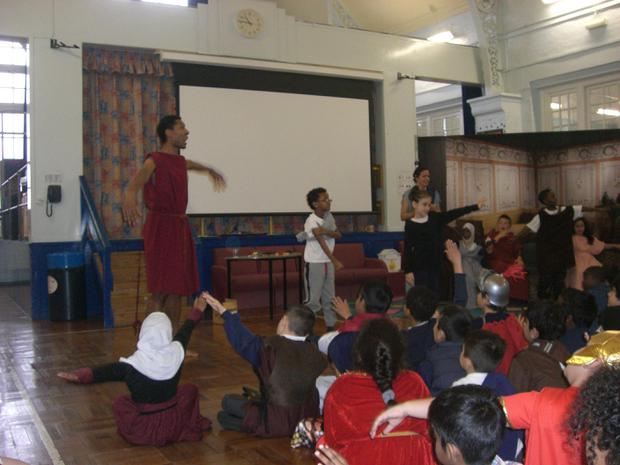 After the show, we carried out a training drill as if we were part of the Roman army and Boudicca was coming to attack it. We got a true feeling of how life would have been like for a soldier in the Roman army, 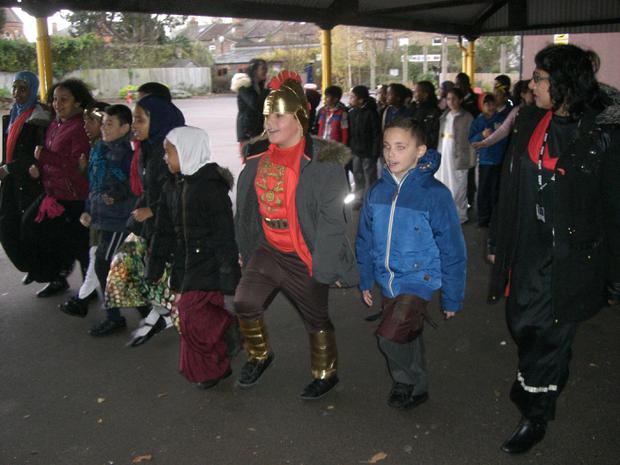 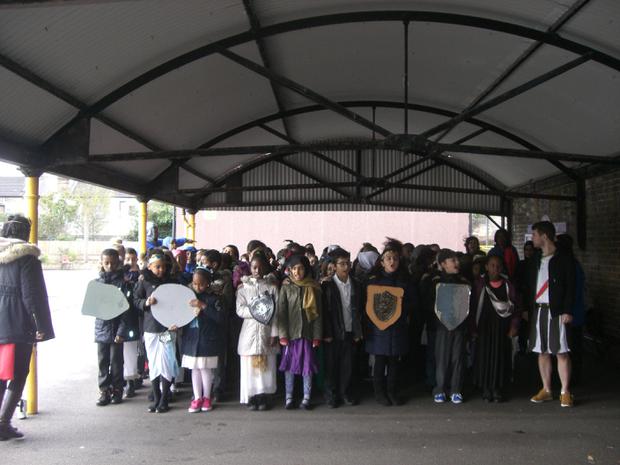 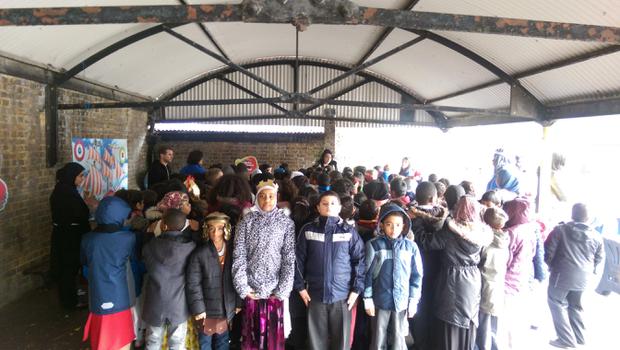 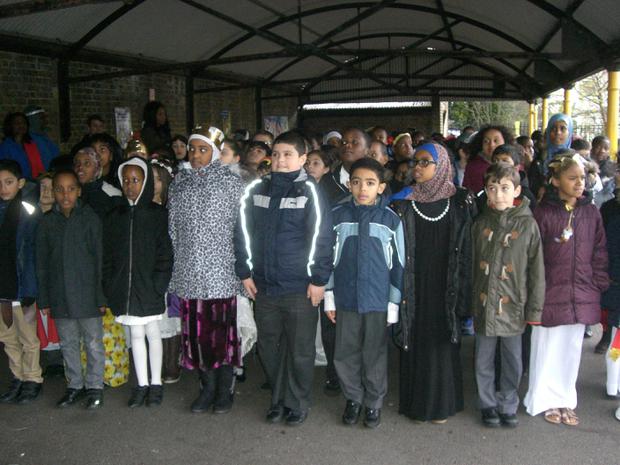 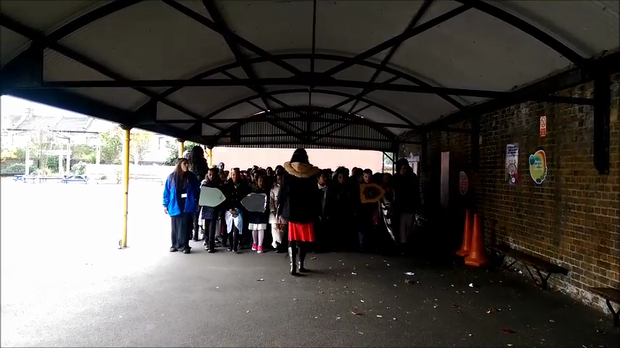 The best part of the day was when some Year 4 classes had the opportunity to invade many classes in the school. The newly trained Roman soldiers didn’t even spare Ms Williams and invaded her office as well. 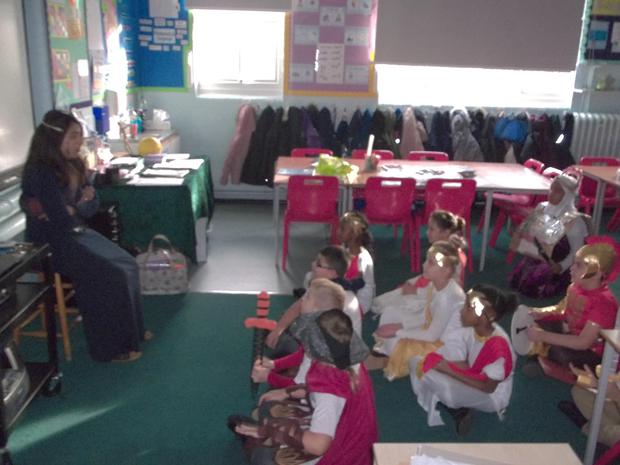 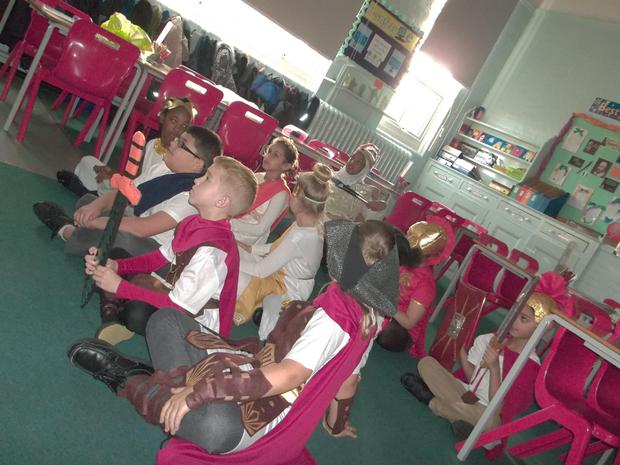 Sitting with Miss Habibullah and planning how to invade other classes.

Carrying out our invasion! 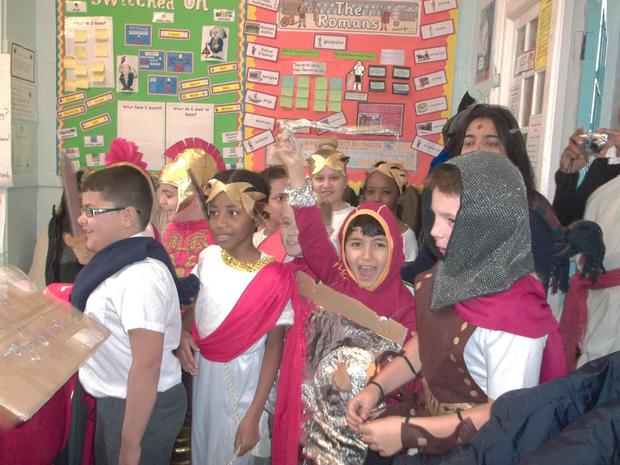 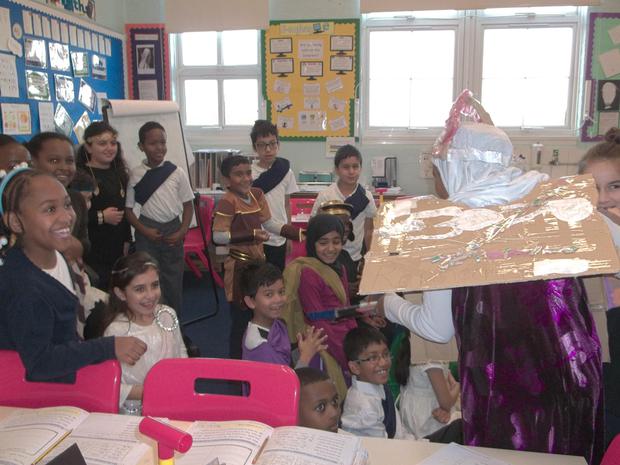 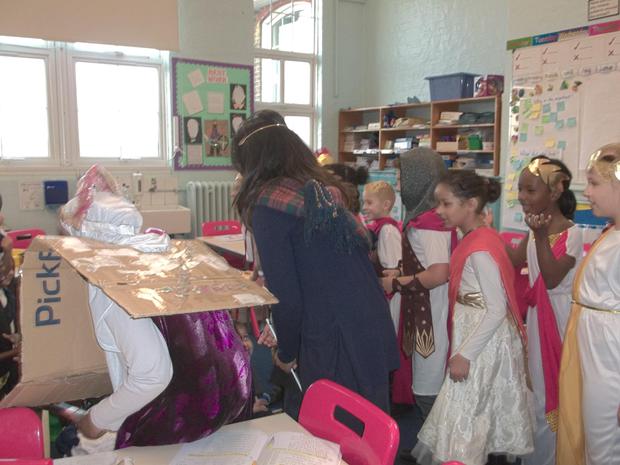 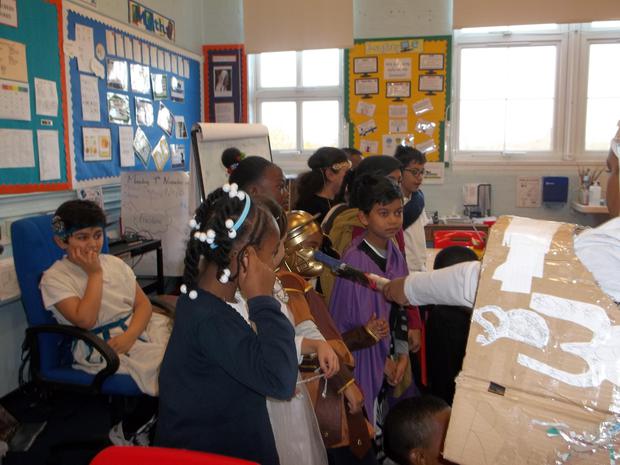