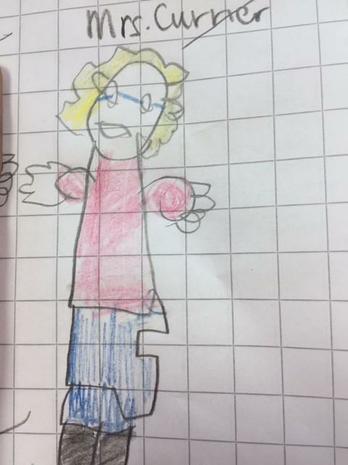 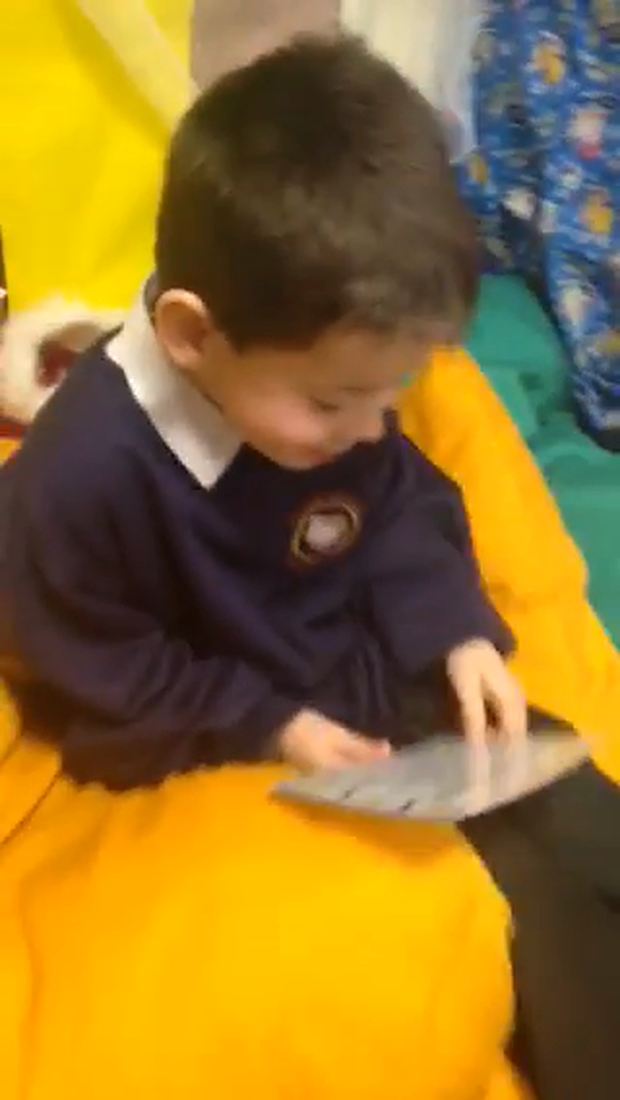 Located in the rear studio of Eldon Junior School, the Nurture Room caters for children with social, emotional and behavioural challenges by offering a warm, comfortable environment in which they can learn at their own pace and where they are celebrated and praised for their efforts.

A relaxed and calm environment; pupils feel at ease, can express themselves and anchor a state of calmness and happiness through interactions and activities throughout the Nurture Group sessions. Children from all year groups in the junior school attend the Nurture Group and staff/ parents have complimented the progress made since the beginning of the Nurture Group in September 2013.

This intervention is setup in the hope that the children attending will learn and acquire skills to boost their self-esteem and communication and transfer this back to the mainstream classroom setting.

There are a maximum of ten pupils in the Nurture Room at one time. Each child is catered for through specific activities, structured routines, skills and games that adhere to their specific needs. This empowers the child, and allows each pupil to access the learning material at their own pace.

Year 6 spent their last Tuesday of their time in Eldon Junior School in the Nurture Group. They certainly did not leave hungry as they ate breakfast, lunch and cake throughout this fun day. As the children had worked so hard throughout the year, Ms. Brennan decided that she would love to show off the children to our Headteacher, Ms. Messer. Ms Messer joined us for breakfast and ate scrambled eggs with the Year 6 group as we discussed moving to secondary school after the summer. Ms. Messer was really impressed with the maturity of the children and told us stories about how she felt moving to secondary school.

After lunch, another treat came as the Nurture Group were invited to create their own pizzas. We all enjoyed making them and Tyrese and Tyla's pizzas even smelled like Dominos! We ate our pepporini, chicken and pineapple pizzas together.

To end the day, we celebrated Keesha's birthday with some cake.

Ms. Brennan and Mrs. Currier will really miss the Year 6 Nurture group and wish them all the best in the future! 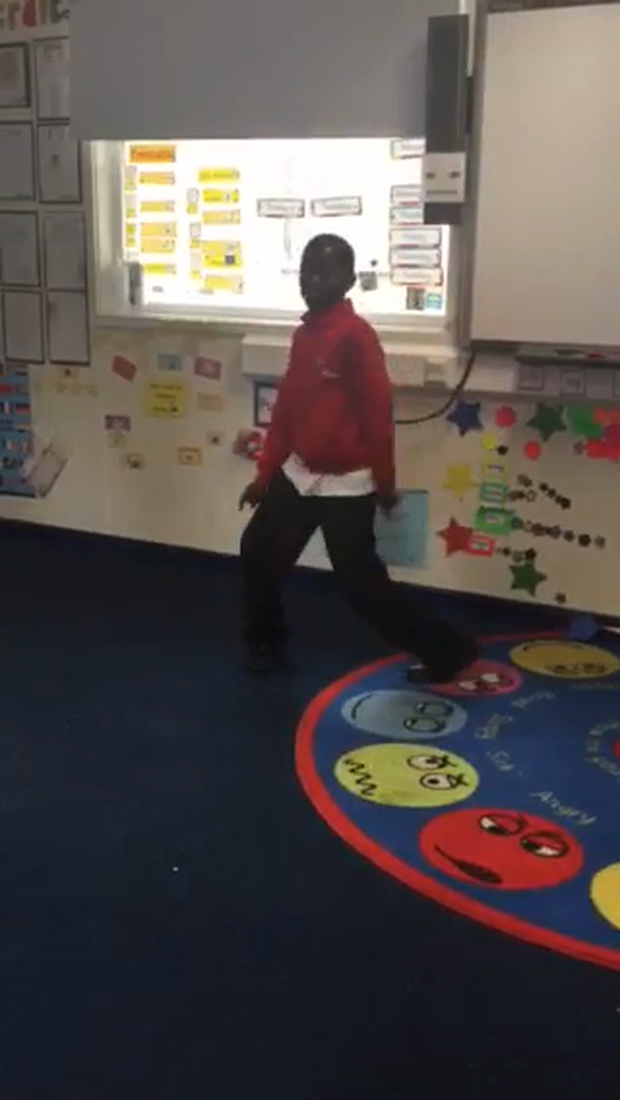 We went to the Chickenshed Theatre on Saturday with the Nurture Group. There were 15 children from Eldon Junior School in total and we had lots of fun.

Here are some of the pictures of the day where we celebrated National Refugee Day with the Chickenshed Actors. 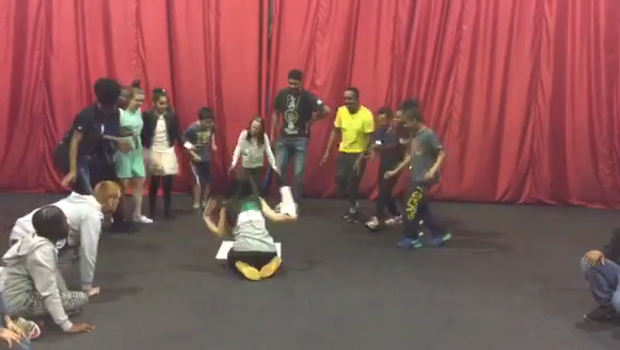 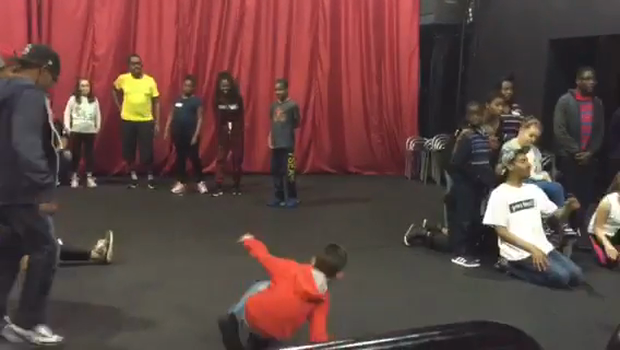 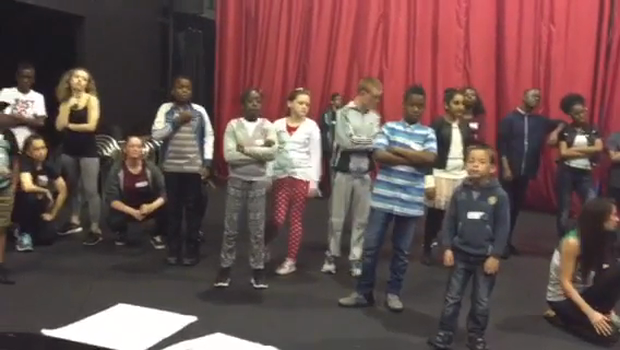 Year 3 children explored the uses of water this week and the water cycle. We observed some science experiments using water and even attempted to make our own boats and have a race!

On Thursday, we planted our own sunflower seeds in the school shed. It was lots of fun as we used garden tools to make sure we planted correctly. We are going to water the sunflowers over the holidays and hope to see them blossom soon!

We also painted some colourful sunflowers to brighten up the Nurture Room for the coming Summer 2 term.

Science Week was so much fun! We particularly enjoyed the science experiment and Michael was up on stage to help the scientist, Patrick.

Yoga and meditation has started in the Nurture Room to help the children to feel calm and relaxed in school. The children enjoy stretching, breathing and relaxing at all age groups. We practiced lots of different poses using the child-friendly yoga video 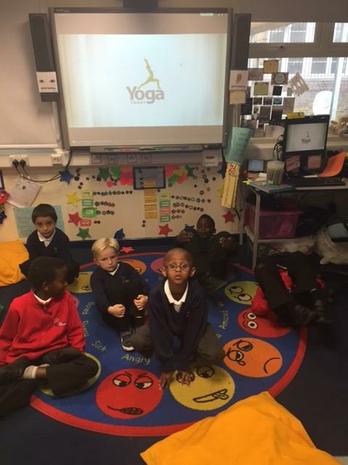 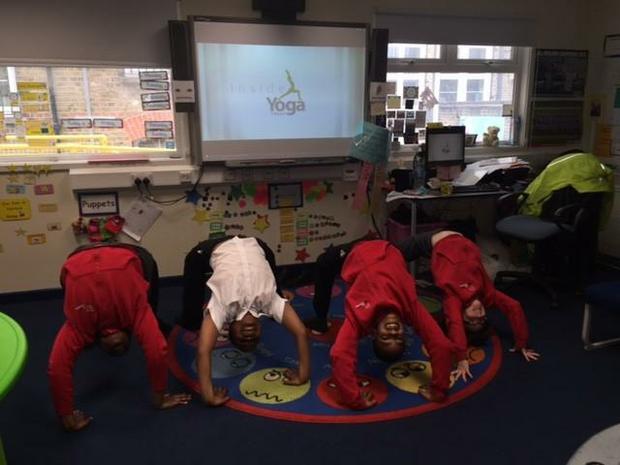 Year 6 Group; we tried some yoga to help us to relax before our SATS last week. It was tranquil and calming. We also laughed a lot!

We would recommend Kids Yoga for children who might feel worried or need to relax and let go of negative feelings.

“When your mind is calm, it brings calmness to your body and helps you achieve the results you deserve”. Tyrese M, 11, 6S

Dr. Martin Mc Shane, NHS England’s National Director for Patients with Long Term Conditions, and co-chair of the Mental Health for young people task force visited on the 20th April to see the impact Nurture Groups are having on the Social, Emotional and Mental health of young people in the area. Ten children who have attended Nurture Group in the Junior school were selected to inform Mr. Mc Shane and two delegates from the UK's Nurture Group Network about the progress they have made regarding opening up about their feelings and feeling calm, safe and happy in school.

Martin was impressed with the honesty and maturity of the Eldon pupils, who told fun stories of their time in Nurture Group with Ms. Brennan and Mrs. Currier over lunch and circle time.

Mr. Mc Shane now plans to highlight this effective intervention as a positive way of allowing children to discuss their mental health in a relaxing and comfortable setting with trustworthy adults. He is due to write up a report in the summer about interventions in schools around the issue of Mental Health in Young People which we hope to be metioned in. Go TEAM NURTURE IN ELDON! :)